New Vice-Chair for the Borealis Alliance 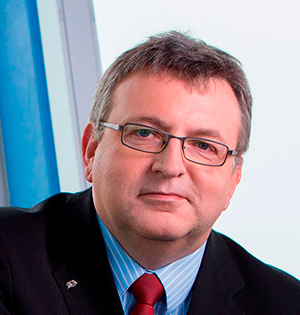 The Borealis Alliance is pleased to announce the appointment of a new Vice-Chair of its Board. Mr Tanel Rautits, Chairman of the Management Board and CEO of the Estonian Air Navigation Service Provider, EANS (Lennuliiklusteeninduse Aktsiaselts), has taken over the position previously held by the current Board Chair, Mr Ásgeir Pálsson and will work with him and the Alliance Executive Management Team in support of the Borealis Alliance Vision; “To be the leading ANSP Alliance that enables its Members to drive better performance for stakeholders through business collaboration”.

Mr Rautits’s career began in 1992 when he joined the Estonian CAA as a specialist in the Technical Department. In 1996 when the State Agency Estonian Air Navigation Services was established he continued his career in the AIM business. In 2001 he was appointed as a Member of the Management Board of the State owned Stock Company Estonian Air Navigation Services and since 2007 he has being working as Chairman of the Management Board and CEO. He has been a member of the Borealis Alliance Board since the formation of the Alliance in 2012.

On taking up his appointment Mr Rautits said “I am honoured to be elected to the position of Vice Chair of Borealis Alliance. I will do my best to contribute to the work of the Alliance in achieving its objectives.”

Formed in 2012, the Alliance is a voluntary collaboration between the ANSPs of Denmark, Estonia, Finland, Iceland, Ireland, Latvia, Norway, Sweden and the United Kingdom. Its vision is to be the leading ANSP Alliance that enables its members to drive better performance for stakeholders through business collaboration.

Its main initiative is the Borealis Free Route Airspace programme, an award-winning initiative which will enable airline and business aviation customers to plan and take the most cost effective, fuel efficient and timely routes across the entire airspace managed by Borealis members saving time, money and fuel.

More information can be found at www.borealis.aero.


Cookies are necessary for this site to function, but also gives us information about how the site is used, so we can make improvements, both for you and others. Cookies on this site are mainly used for measuring traffic and optimizing the site’s content.
By continuing to browse through this site, you are accepting the use of cookies.
If you would like to know more about cookies, or how you delete them, click here.